St. John's is a beautiful city with an interesting artistic scene. Last Friday there was a music event called "Lawnya Vawnya" (gaelic?) A craw of people move from one store to another to hear artists playing music. For me was a great opportunity to get to know some "cool" places in the city and enjoy music at the same time, and of course to sketch too. You already know my fascination by musicians... 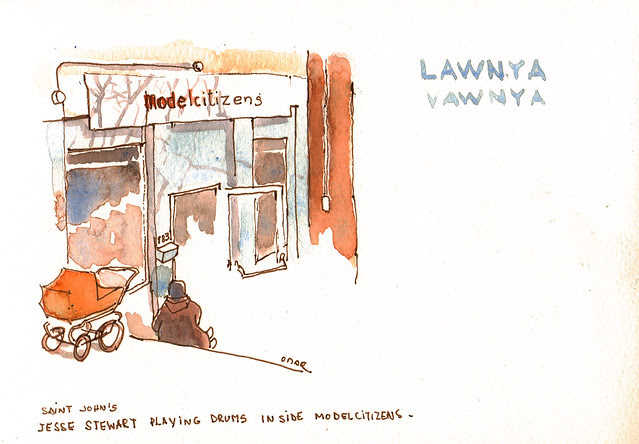 It started on the store ModelCitizens. the space was really small and I couldn't see Jesse Stewart playing so I went outside and sketched the store instead. 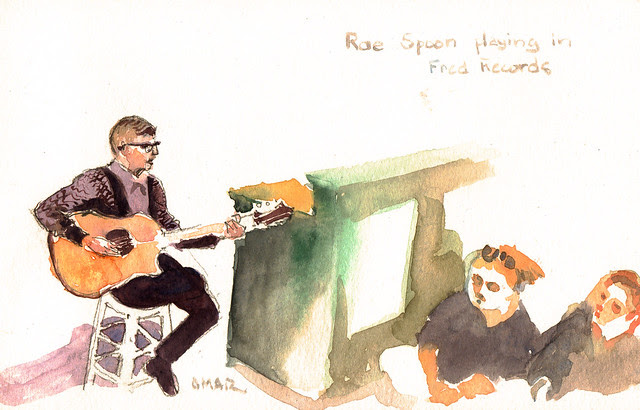 Next stop was Fred's Records, a fantastic place. I have to come back and sketch it. Rae Spoon was playing there. From all the artists I guess he was the one that I enjoyed most. Next day I surprised myself singing a song he played there. So I went back to Fred's Records and bought his CD (it is great!). If you want to hear the song I liked : check this link the song name is "You can dance" 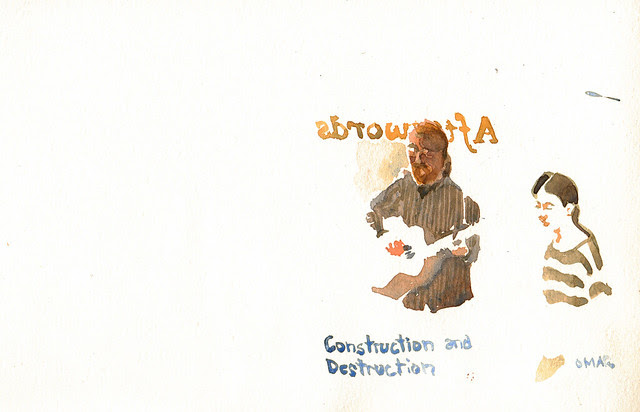 Next stop was the bookstore Afterwords. Construction and Destruction played there. 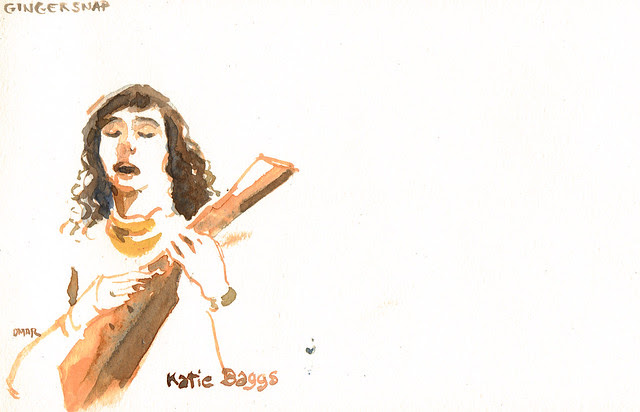 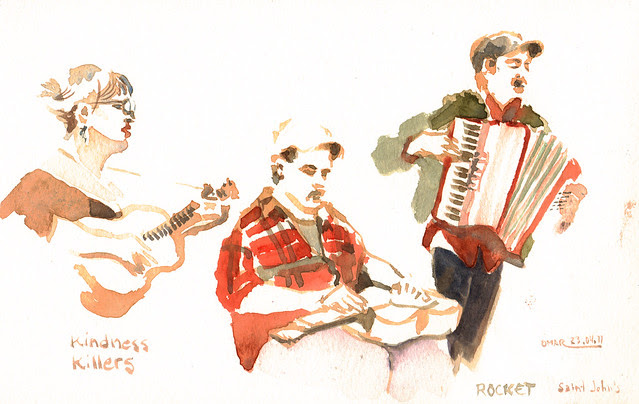 This is my favorite sketch: Kindness Killers playing at Rocket (a cool cafe!). It is always like that. The first sketches I elinsecure, I using pencil or pen to draw, adding color later. At the end the last sketches are just brush and color. I get carry away by the music and the energy of the people; painting becomes something natural.
Posted by omar at 7:03 AM