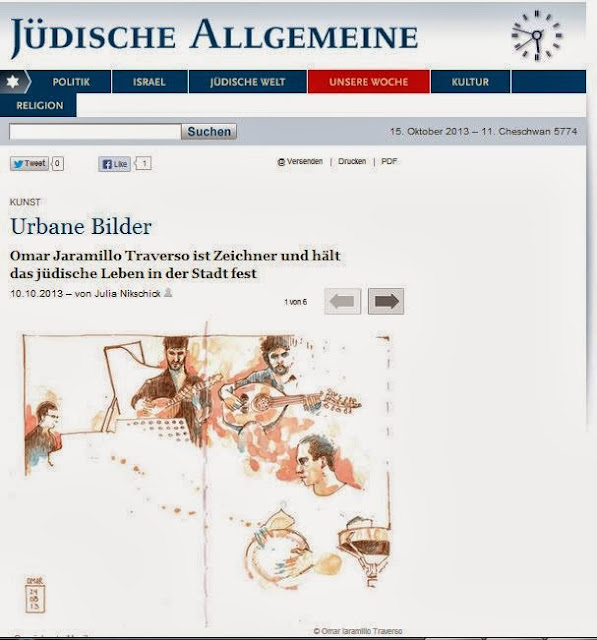 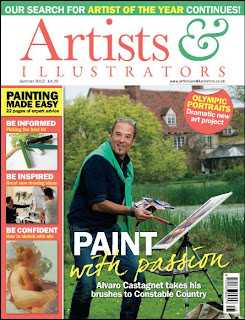 In the last issue of Artists and Illustrators Magazine (UK) you could find one of my paintings. (page 46)

you can read the article in their digital edition here.

Here you can  have a closer look of the watercolor:

It is a view from the Wrangler street sitting on the Luebbener Street, where I live in Berlin.

A review in the Seatle times about the book "the Art of Urban Sketching" My image is the top one. the Jahli Fort in Al Ain, UAE. 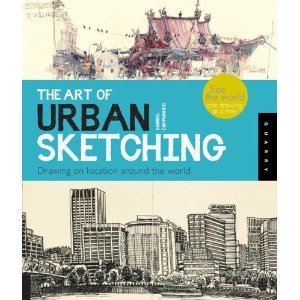 The article is about the Turk emigration in Germany and the 50th anniversary of the agreement between Germany and Turkey that make it possible. The drawings are done in different Turk coffee houses in Kreuzberg, Berlin. 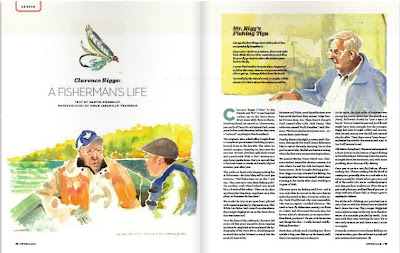 In collaboration with Martin Connelly we did an interview to Mr. Riggs, a 95 years old Fly Fisher. We traveled with a small boat to his cabin in the woods. Martin did the interview and I did the illustrations. I am very proud of the result.
The Uppercase Magazine is a great publication you could check the Issue here. I am on page 74

I got interviewed by Martin Connelly from TheIndependent.


I was sketching Fred's Records (check previous Post) when somebody from The Telegram took  a picture and chat a few minutes with me.
Here is what they wrote:
On "the Telegram", Page A7,  Wednesday, April 27,2011
"Omar Jaramillo Traverso, who travels the world sketching and writing about the places he sees, sketches his take of Duckworth Street during his first visit to St.John's Monday afternoon.
Photo by Karla Kenny/Special to The Telegram

Interview in the magazine Oasis Living, four pages with sketches check page 24 on the following link

Media: Web and Video
Dubai, UAEA video about the Pecha Kucha Night Dubai, you can see a few seconds of my presentation.

Her is the link to the article


"The National" newspaper from Abu Dhabi, UAE published two full pages of my sketches on the Oasis section. 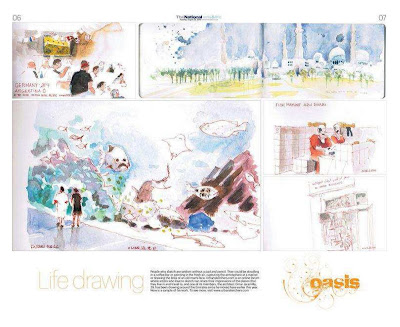 A text and video interview by Salvo Catalano for the webmagazine Step1.
Here is the link to the article