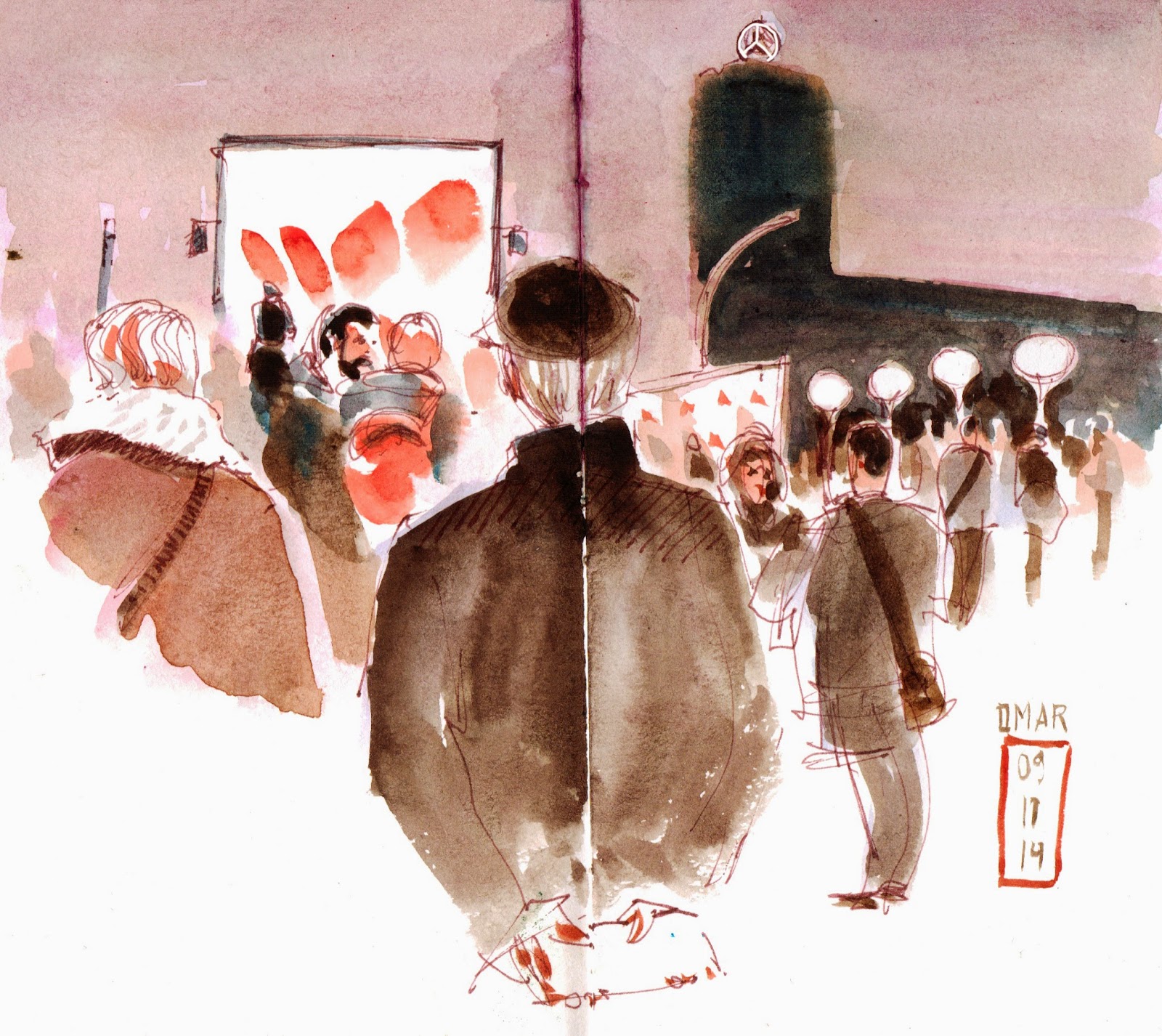 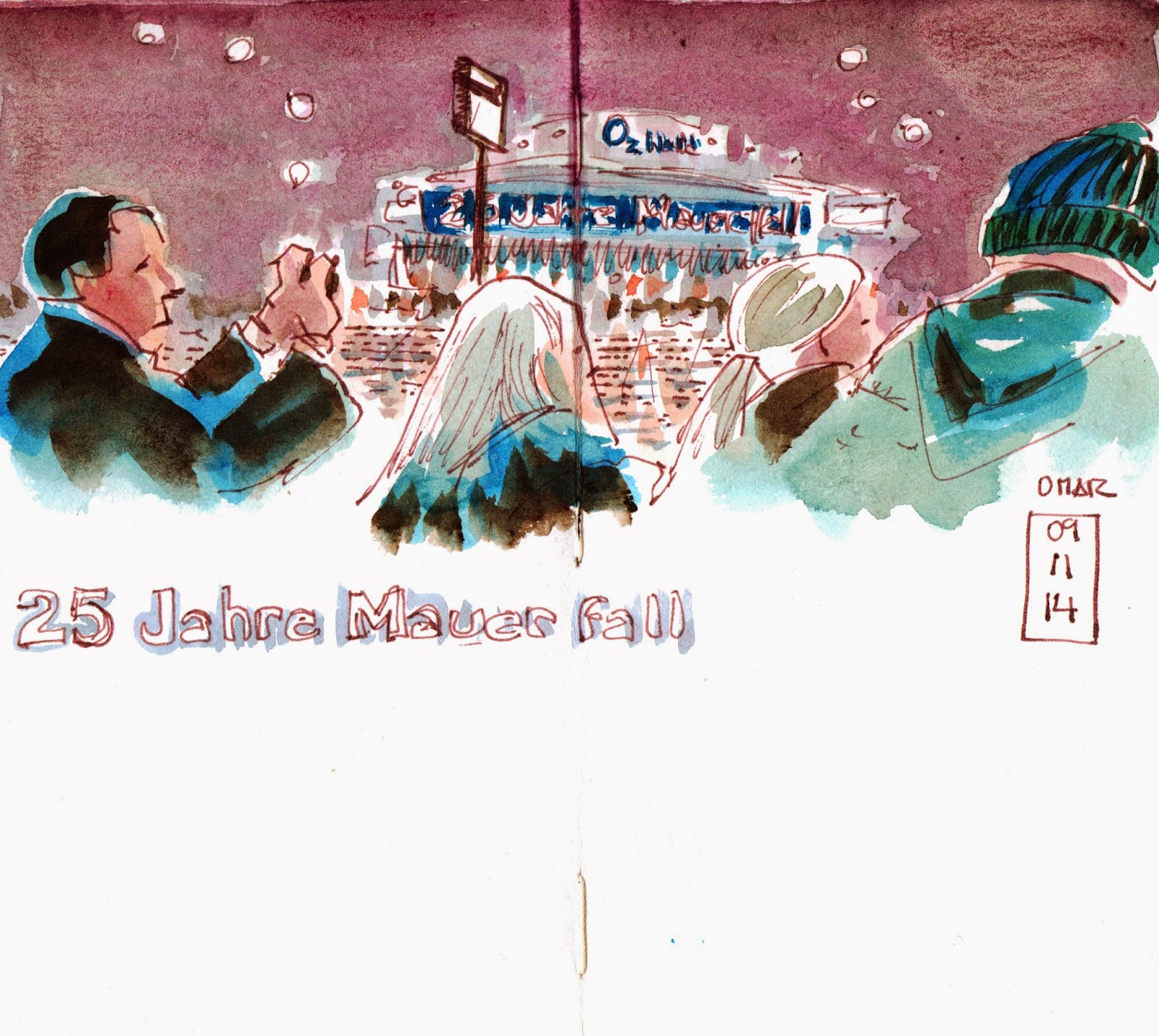 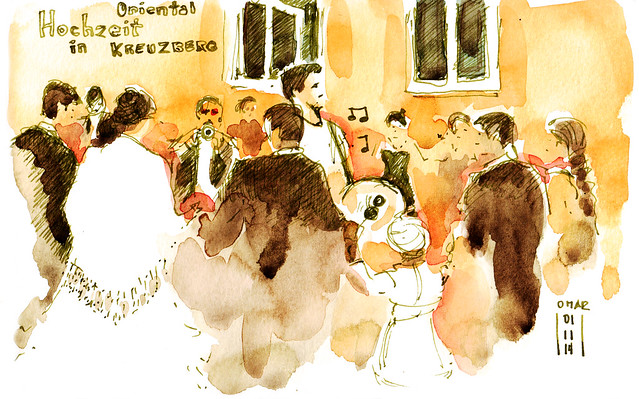 After coming back from Brazil, from the Urban Sketcher Symposium in Paraty, I am full of ideas and inspiration. 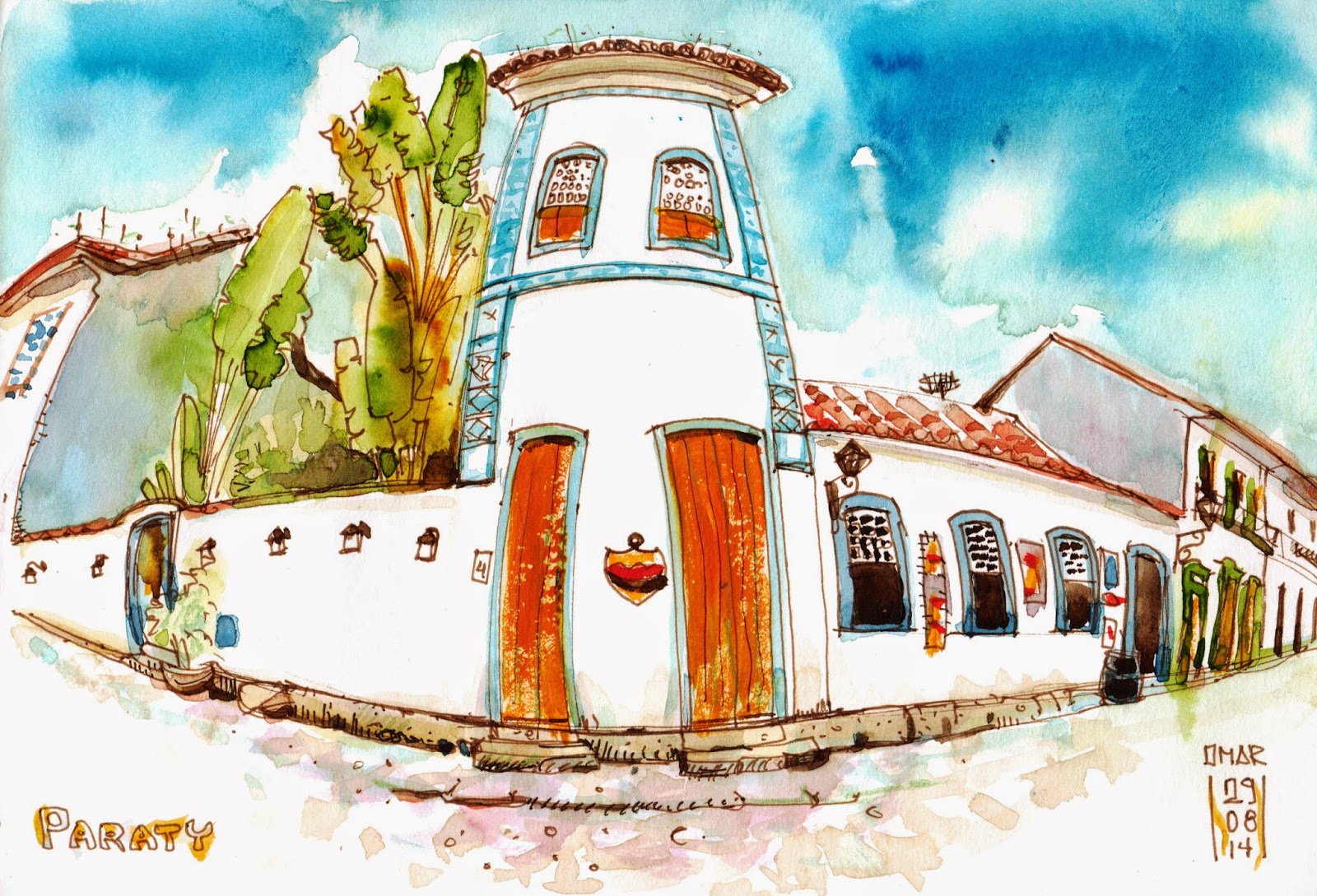 The workshop I liked most was the "Wide Angle Perspective" with Paul Heaston. It was so difficult at first, but after a while you start getting the feeling. You have to check Paul Heaston' sketchbooks. His drawings from the Favelas in Rio were amazing. I hope he will upload the drawing soon. 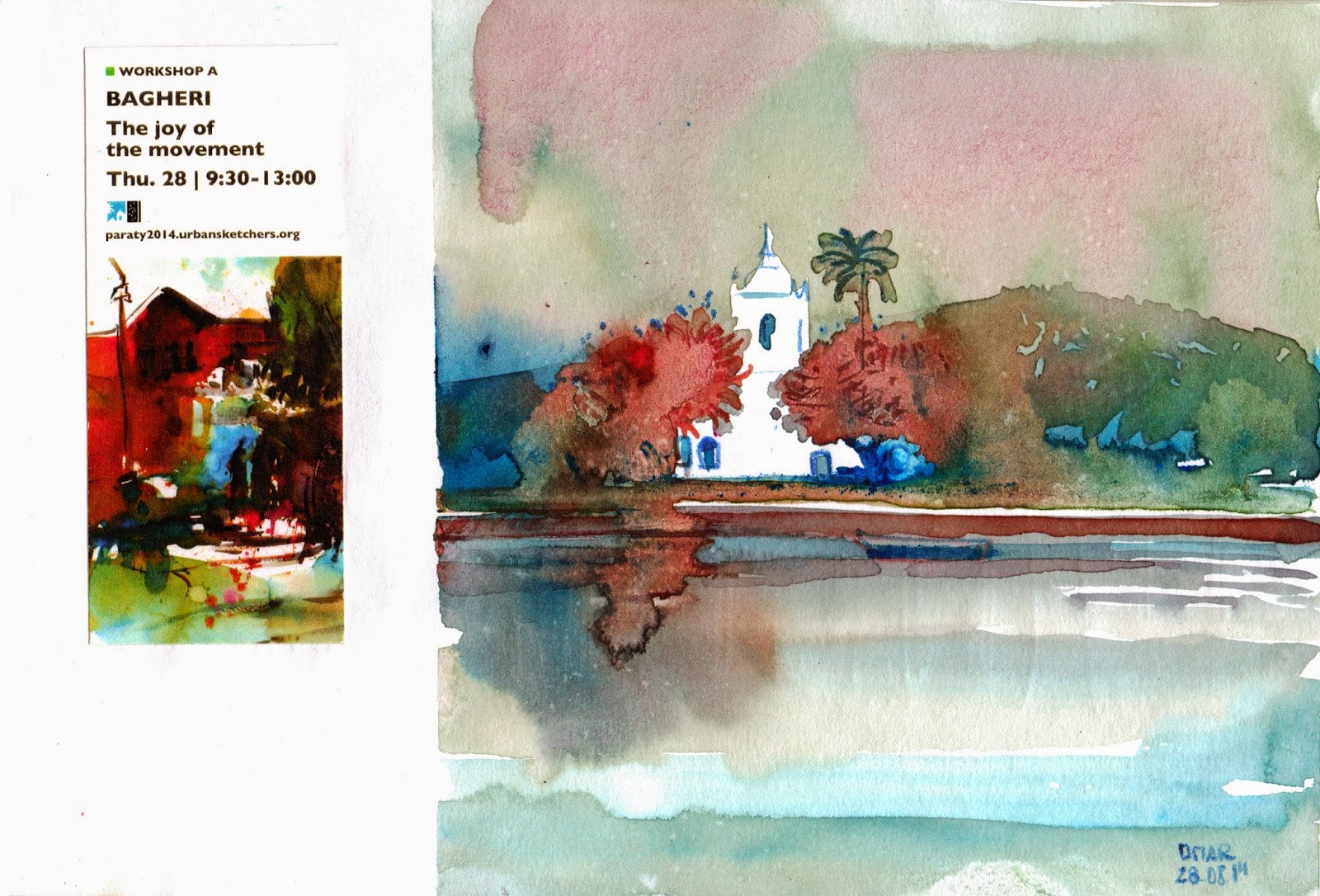 By Behzad Bagheri was all about mixing colors on the paper, playing with what you see in that mix, I keep tying to be bold all the time, to find some forms in the abstraction 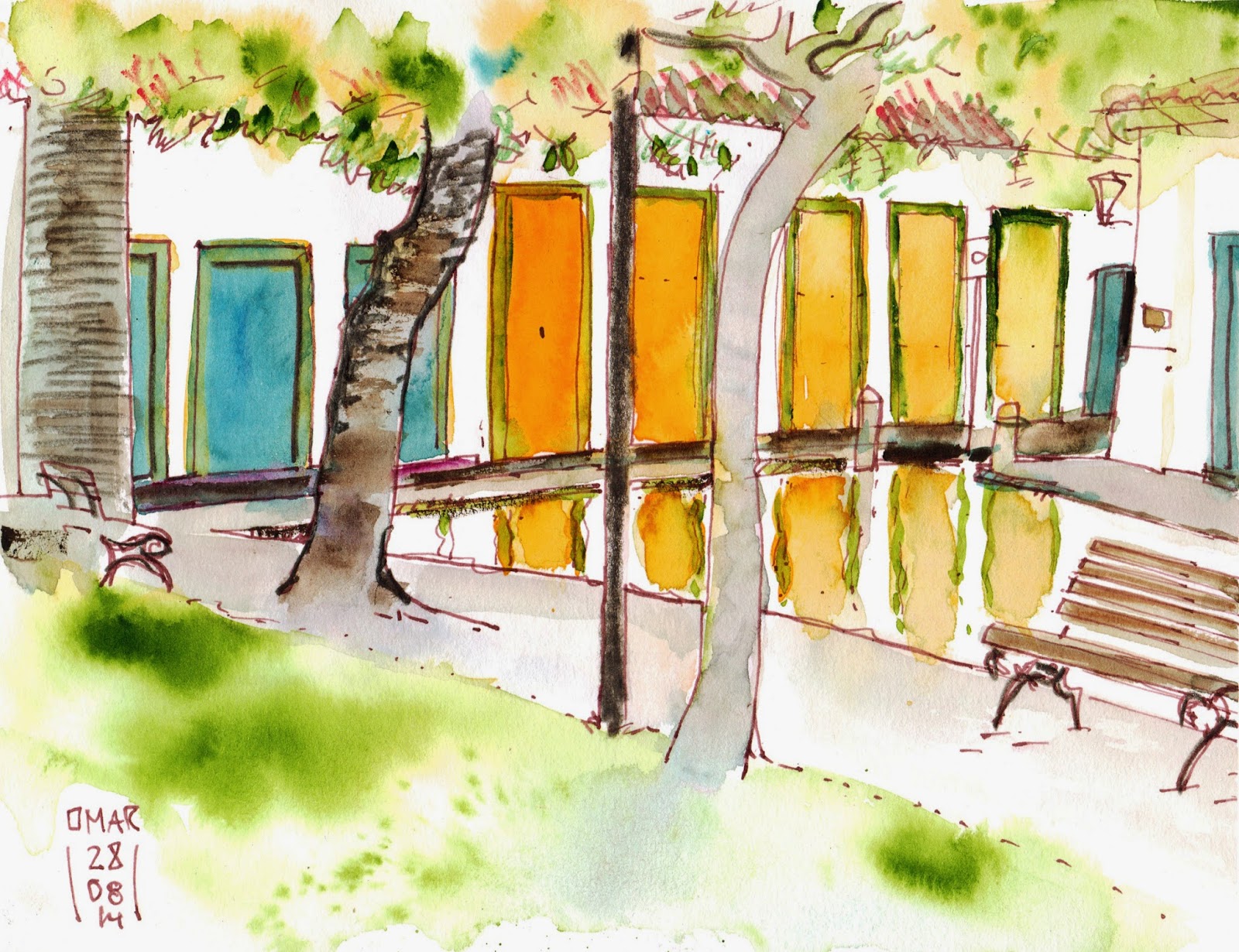 I was so happy to finally visit Lynne Chapman workshop. "Afraid of Color?" We got a storm while drawing and the water level kept going up and up, until we where completely surrounded by water 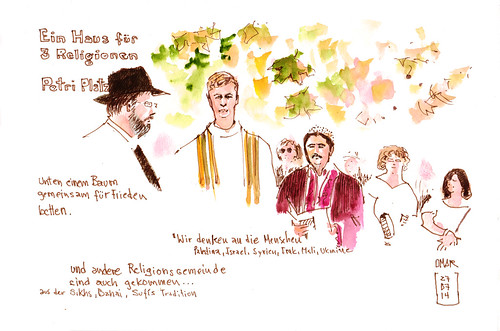 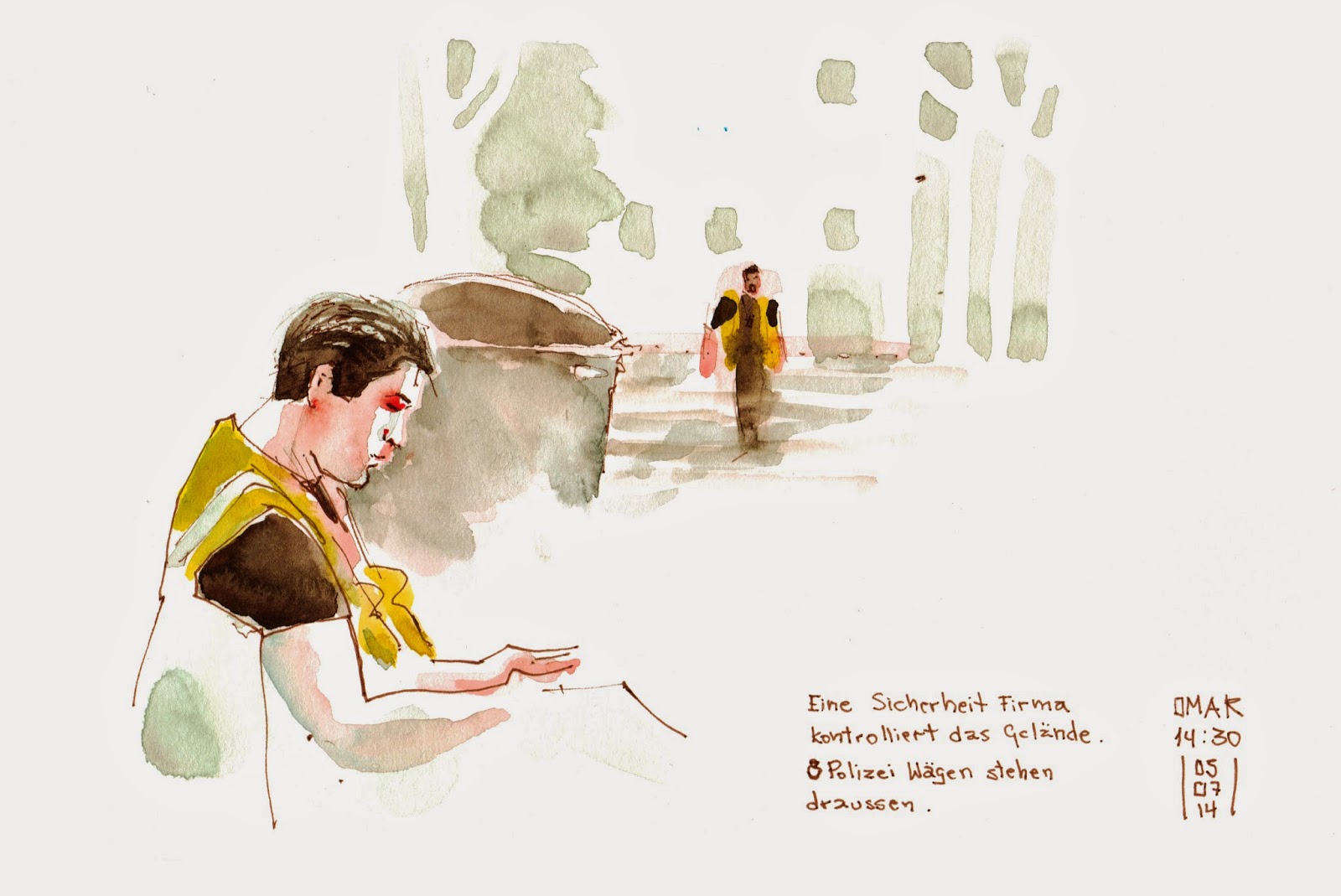 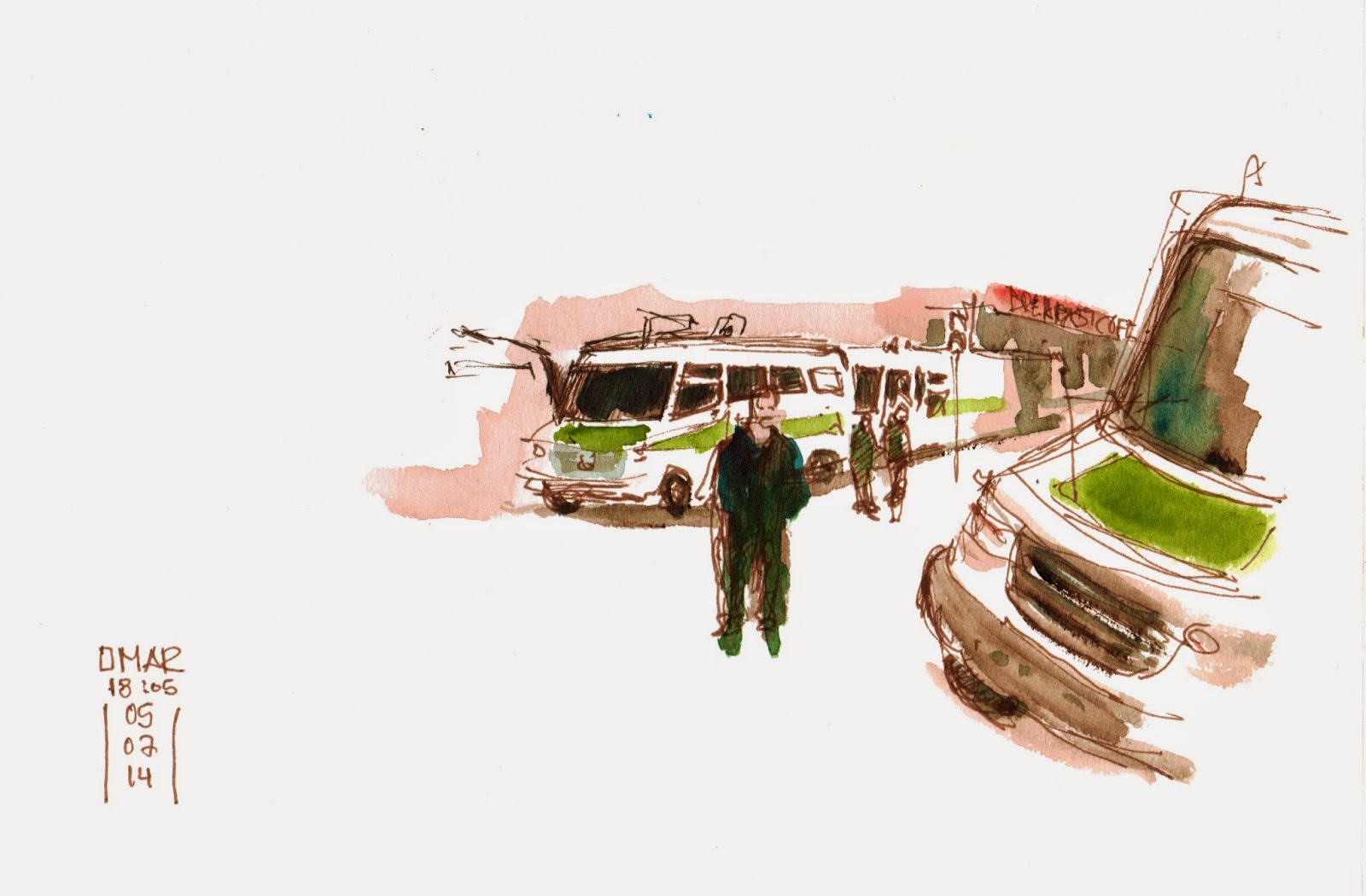 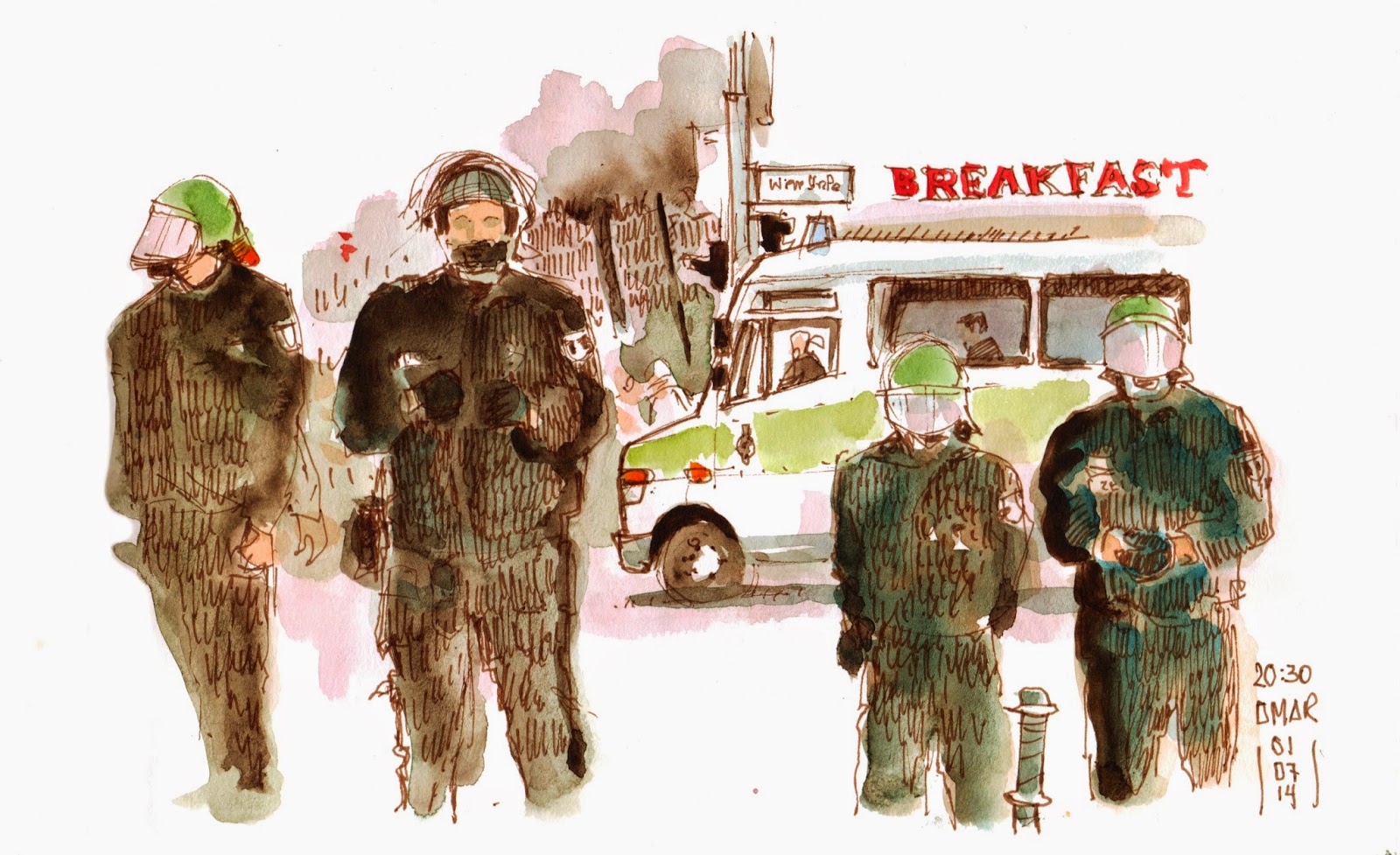 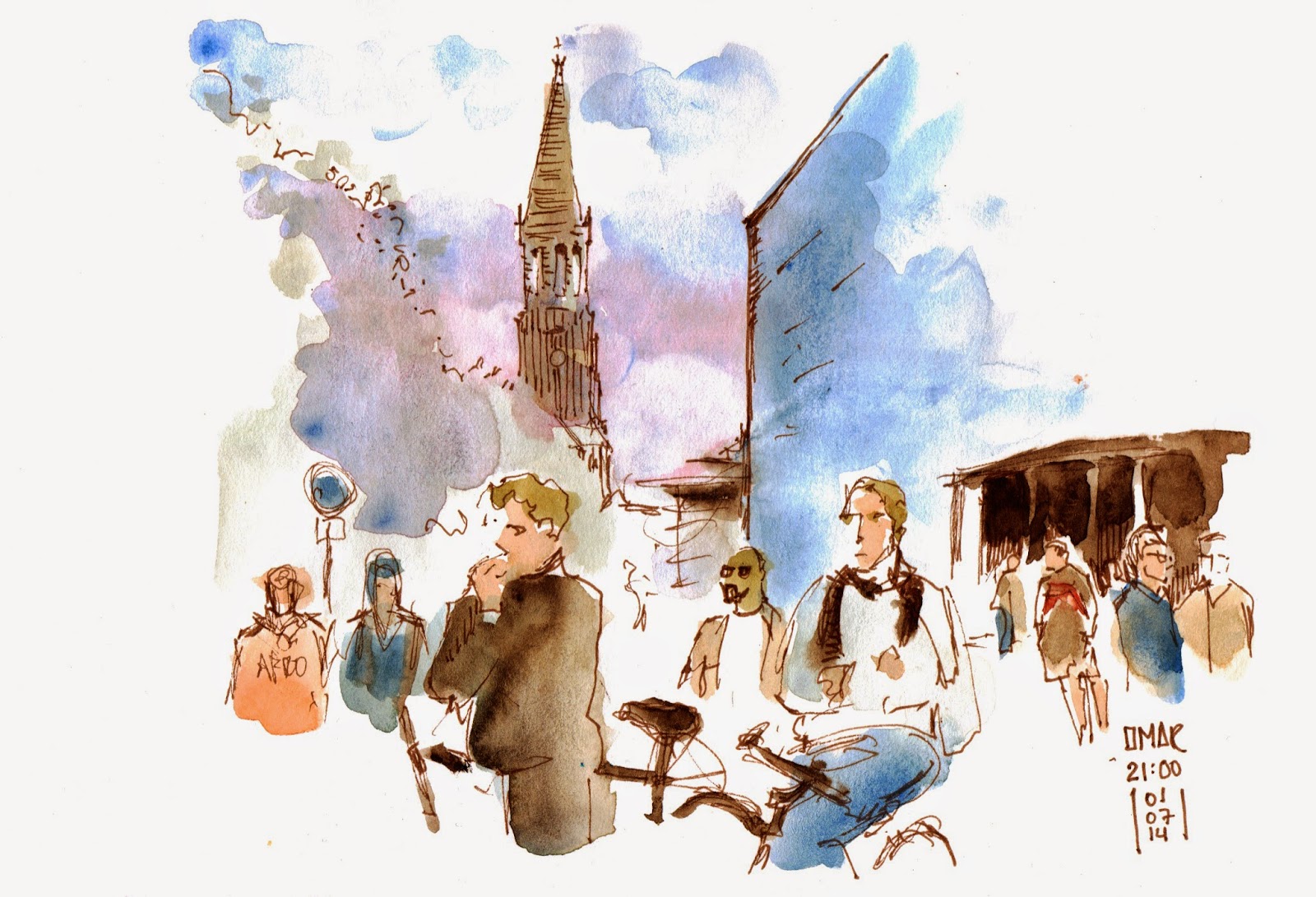 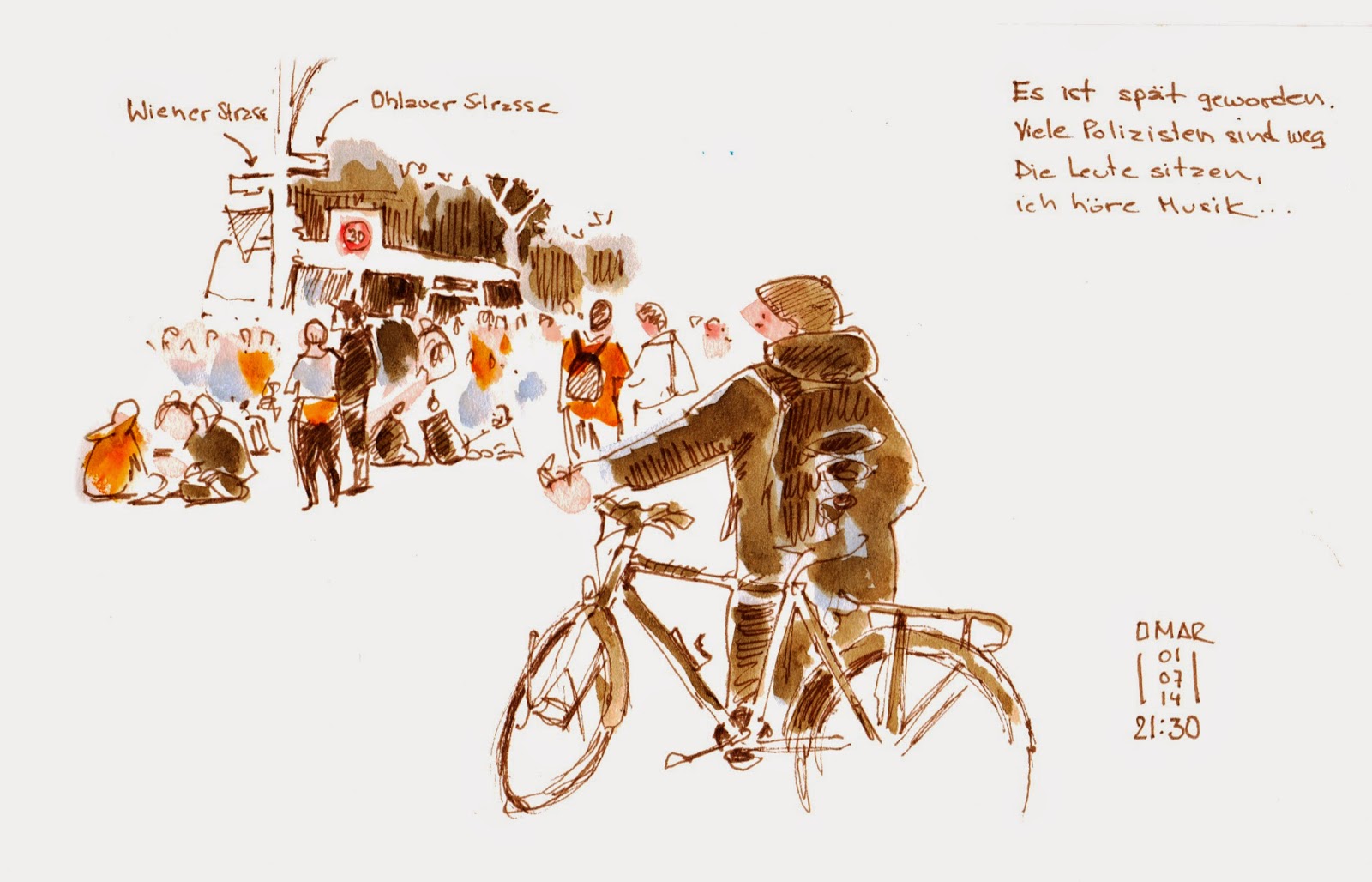 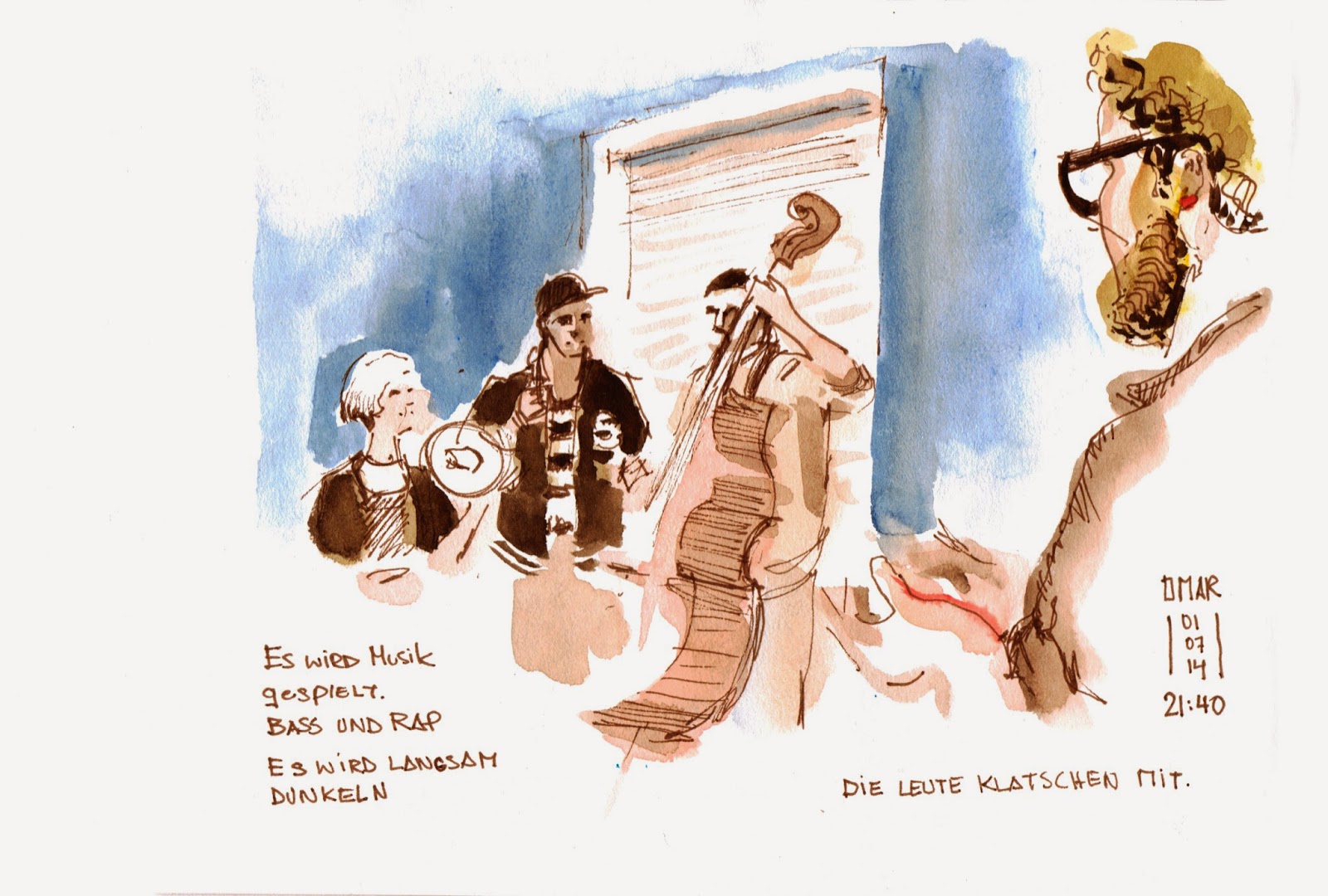 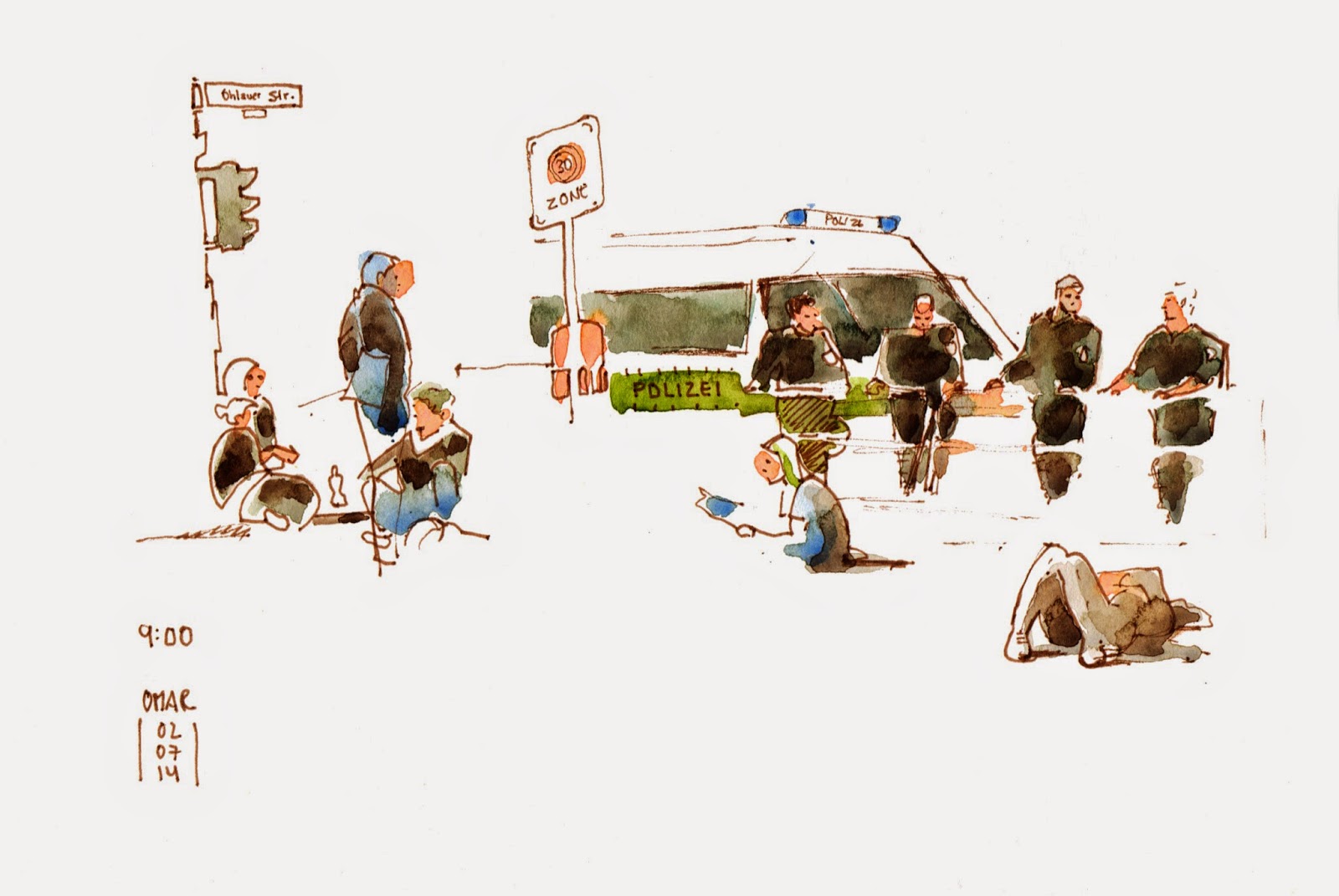 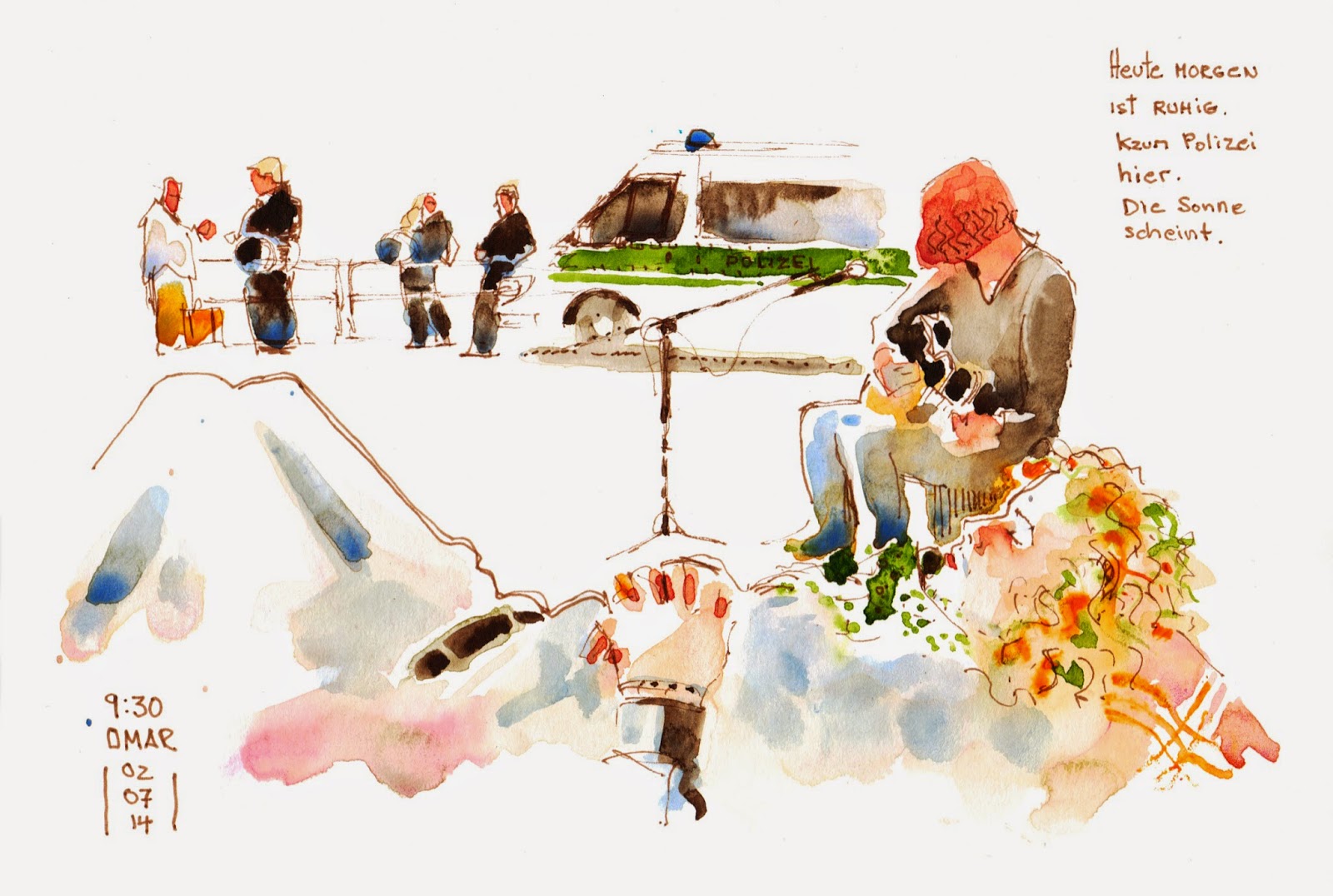 First of May in Berlin

Kreuzberg transforms into a mega party. In the past it used to be chaos and protests. 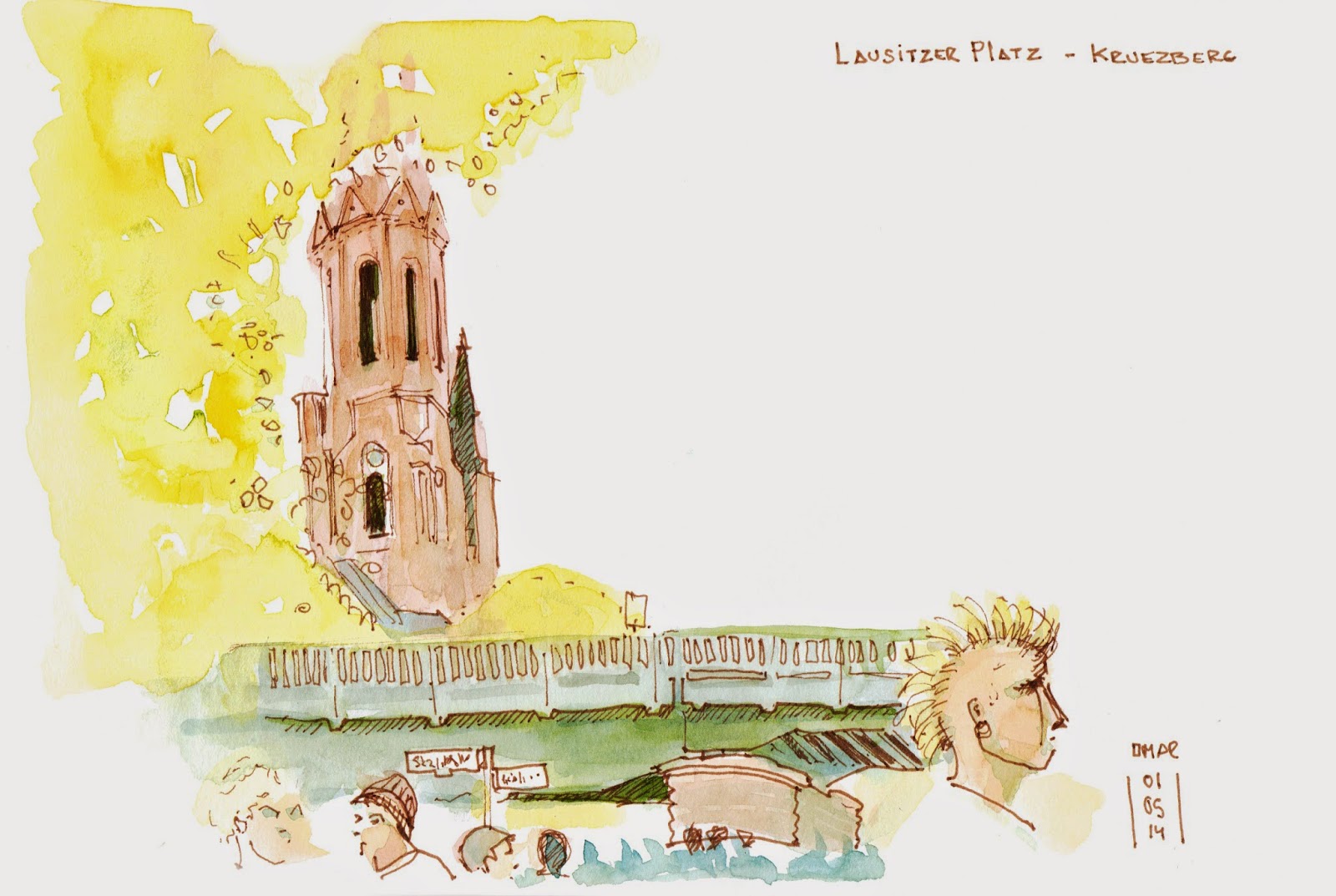 Later I went to a bar made with containers and a boat at the Spree river. 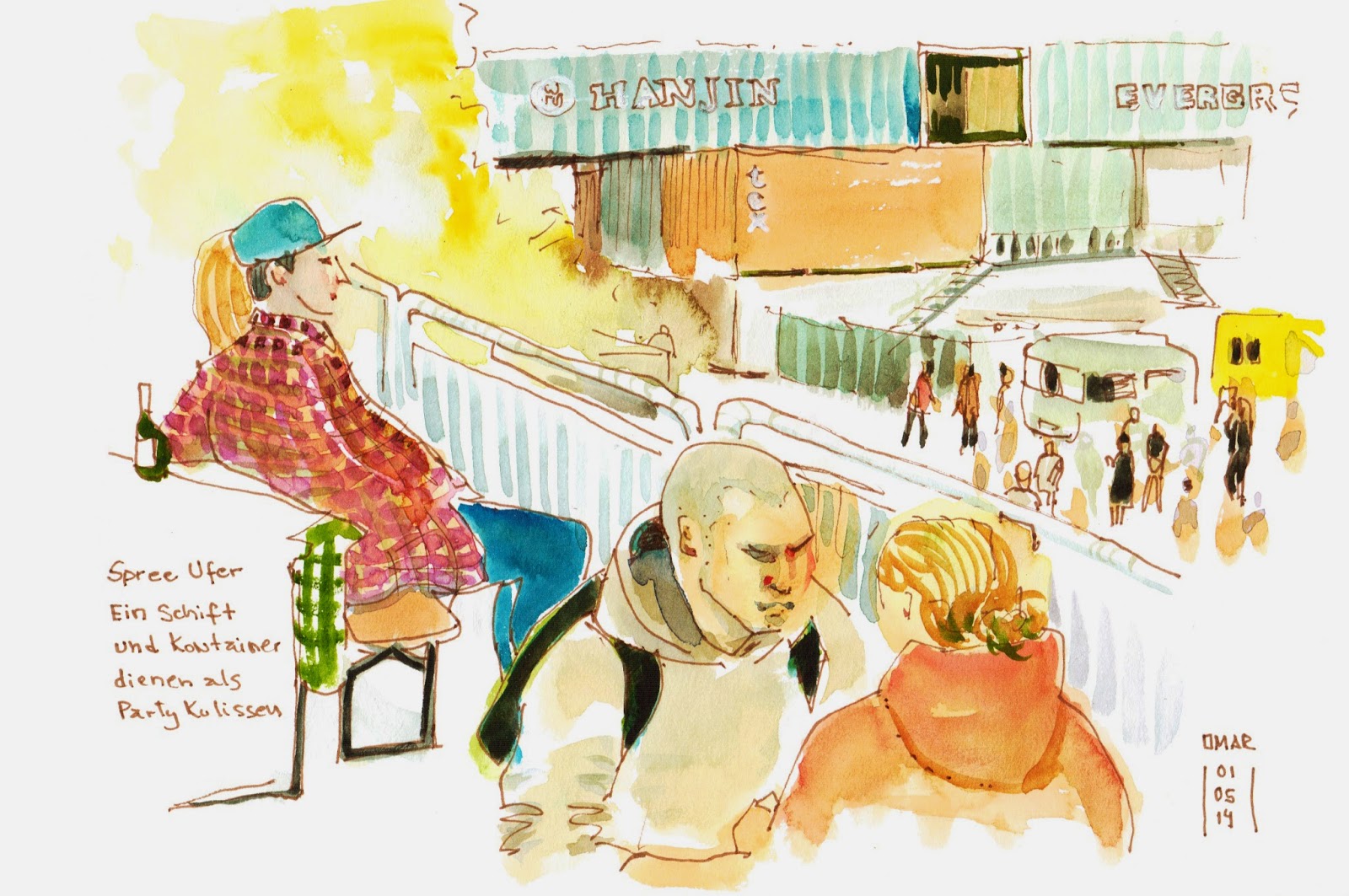 It was an extraordinary experience to hear journals' excerpts belonging to soldiers during the WWI. The text were read by the actual relatives, Gabriele Streichhahn and Franziska Troegner. The journals belonged their (great) grandfathers. Music was selected and played by Ute Falkenau. The piece "Tagebuch im Sturmgepäck" can be seen in Theater im Palais in Berlin. 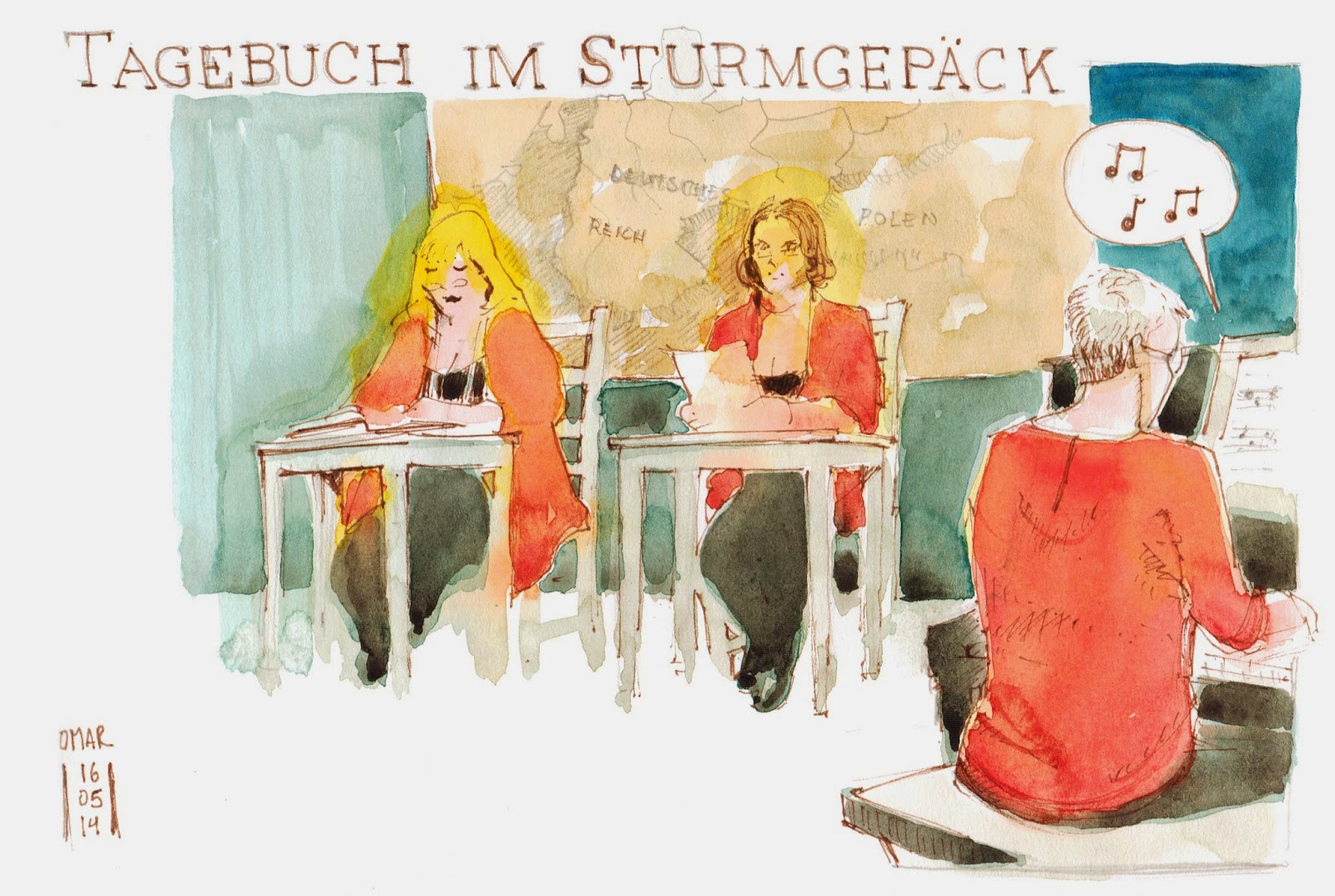 I was interviewed in Parka Blogs about the materials I use. As you might know Parka Blogs have been interviewing many Sketchers about their tools. You can read my interview here. 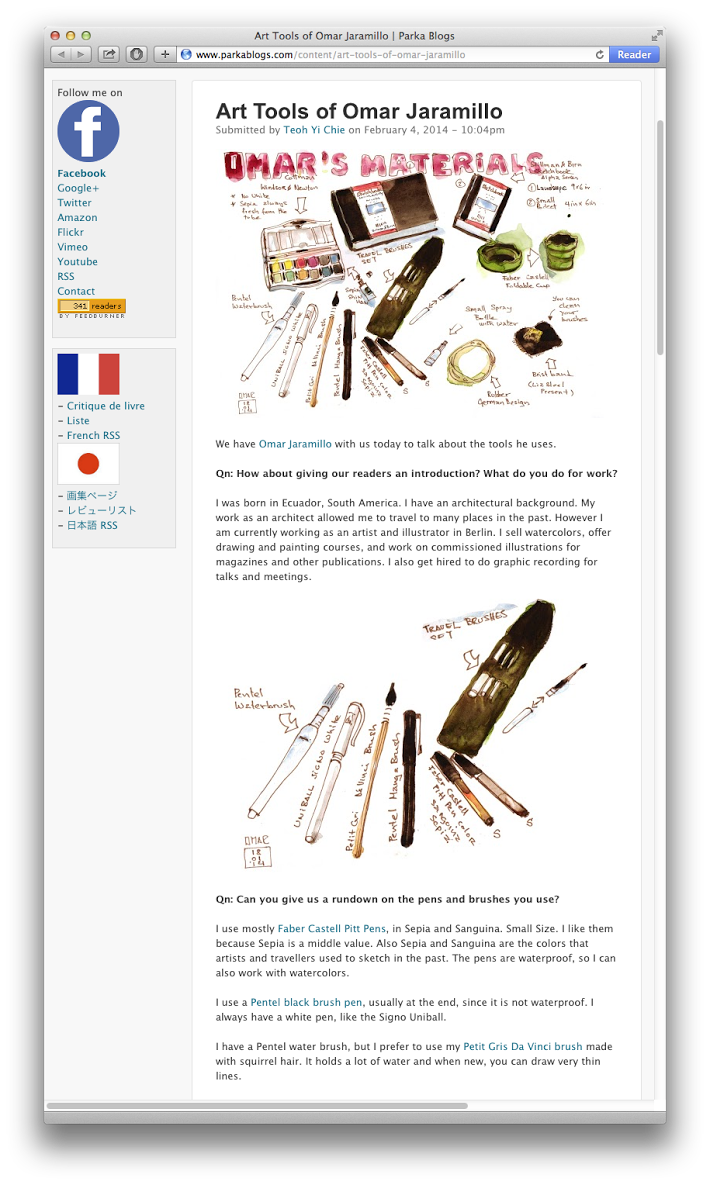