In the sunny India I got confronted with the fact that most interesting scenes happens in the shadow. How to capture the atmosphere of this places was the first challenge.

An eager rickshaw drivers offered us a free tour through some markets. Usually when you do so, they will get some money for the customers they are bringing. Be aware that this extra cost while be added to your bill.

Probably I was the worst business he had made in years, since I spent more time than usual in this places drawing and not buying anything.  However I think he also enjoyed the time watching me drawing. 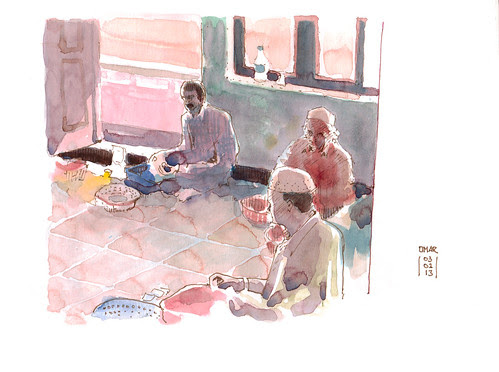 He took us to a house, where in the first floor a group of men were rolling some local tobacco cigarettes called Beedi 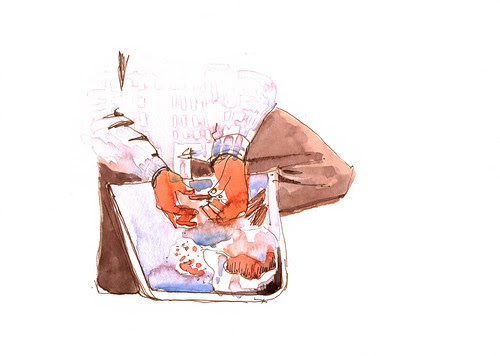 After that we went to another house where they sell incense. A woman was sitting on the floor rolling the thin sticks. 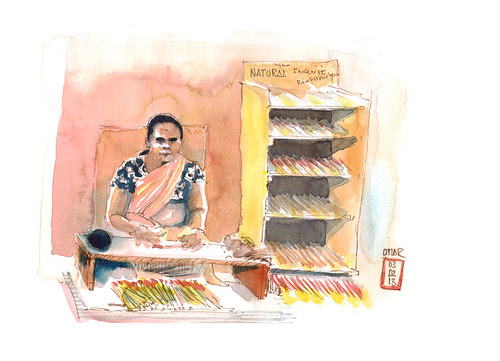 The owners were fascinated looking at me drawing. He later asked me to do a drawing of him based on a picture, what I  did, and gave it to him. He was very pleased.
Posted by omar at 4:00 AM