In a few hours I will catch my flight to London (there is a direct flight just 6 hours!) and then Frankfurt. So I had to said good by to Newfoundland. These two watercolors I did in Bay Roberts, one of the many beautiful small towns in Newfoundland (pronounced as in understand). The artist Peter Jackson, has a small studio there, and I spent really nice moments helping him to renovate his house (the blue house) and painting outdoors, specially now that the weather is so good! The best thing about his studio is that you don't have to move far in order to finds things to paint. Both houses I painted seating in his studio. His house on the right and the neighbours house in front. 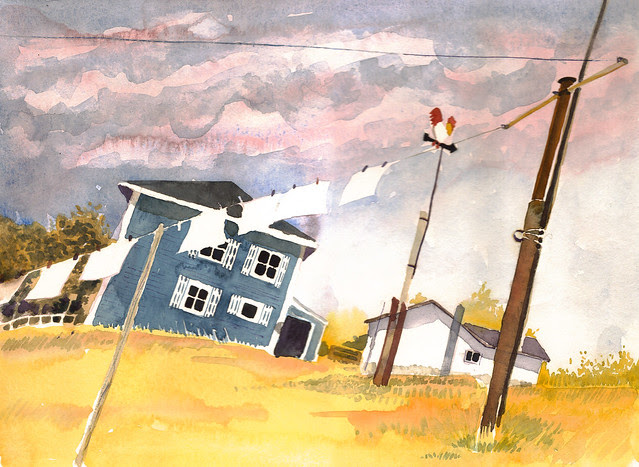 Peter's house is bright blue. The roster is very important to check the weather. If the wind comes from the see it means bad weather. 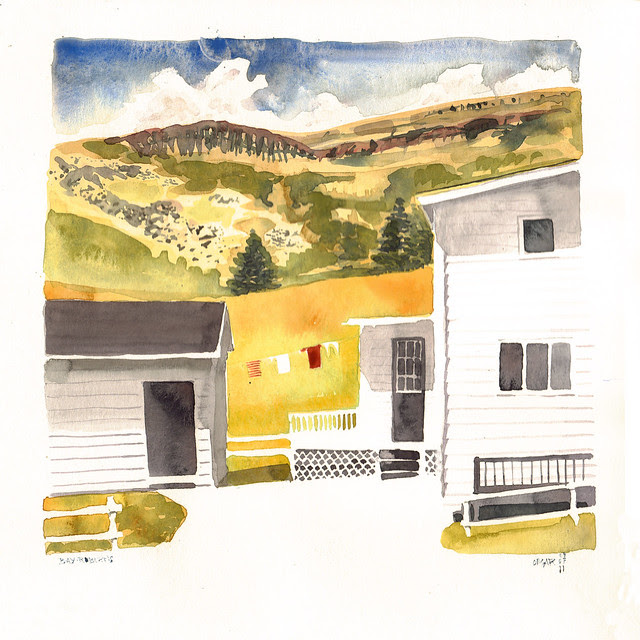 For this one I got inspired by one painting from Fred Lynch. He wrote how interesting is the space in between houses.
Posted by omar at 12:54 AM