From Clermont-Ferrand to Paris

The Festival in Clermont Ferrand was exhausting, we spent most of the time in the exhibition and later we would have dinner

..and sketch each other of course! 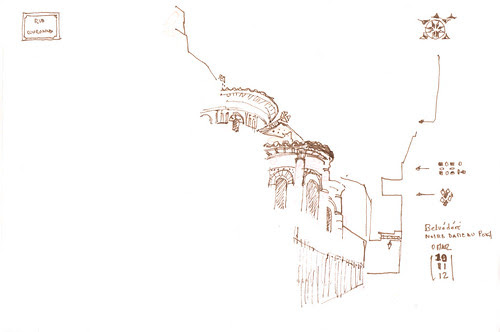 On Monday I woke up early to at least see something of the city,  so I walked up the hill in direction of the cathedral. I did some fast sketches and I will try next year to come with more time to draw the city. I was fascinated by the views from narrow alleys. 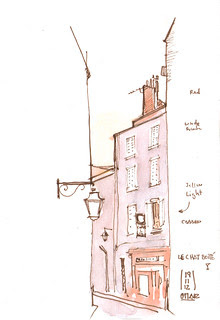 Later I took the train to Paris, and what it seemed to be a pleasant  ride, became a nightmare. 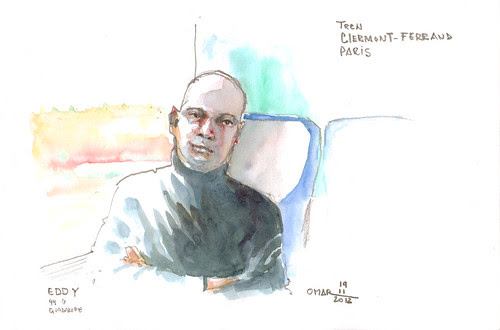 The train got damaged and we got stuck for 3 hours in the middle of nowhere. 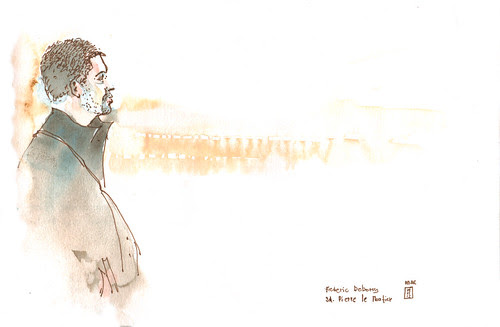 We got off the train and waited, so I met some other people who were also in the Festival in Clermont Ferrand, like the writer Frederic Debomy. Here he was looking at a nun walking in the foggy landscape.
Posted by omar at 8:43 AM